A Friendly Guide to Duck Typing in Python 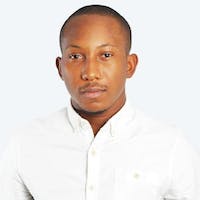 Many new Python programmers struggle with the concept of Duck Typing so let's talk about it.

But before then, let's look at why Python is a dynamically typed language. What exactly is dynamic typing:

With dynamic typing, you don't have to strictly declare the type of an object (instance or variable) at creation time

In Python, creating a variable and an instance works like this:

In the above code, Python dynamically knows the type of object we are creating, and we don't have to declare it explicitly.

In some languages like Dart, we have to declare the type of the object during creation time like this:

Now that we understand dynamic typing. Let's talk about Duck typing and what it means.

Ever came across the quote

What does it mean?

With our understanding of dynamic typing, let's see how this works in Python. Imagine we have a birds module...

...and we decided to import it into our code. We can try to access the behavior of its classes as follows:

Why would we do that? We know these classes provide similar behavior. We can confidently access them the way we did. This is duck typing.

Duck typing is accessing a specific expected behavior from a similar set of classes and handling any error at run time.

Why is this important?

I will argue that this is a language construct that influences how developers code.

Duck Typing is possible with dynamically typed languages like Python, which offer us:

But they are not without quirks. Here are some drawbacks:

So, that's all there is to it.